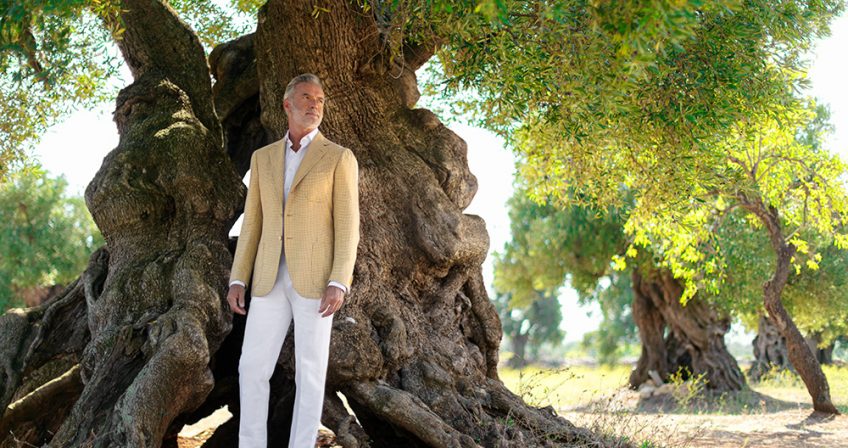 A great historical patrimony in the heart of the Monumental Olive Tree Plains, just outside of Ostuni.

His hands speak of true knowledge. His profound gaze is that of an authentic man. His words, chosen carefully one by one, tell of a visceral passion for his beloved earth. A red earth; an intense, trepidatious, and ardent red. 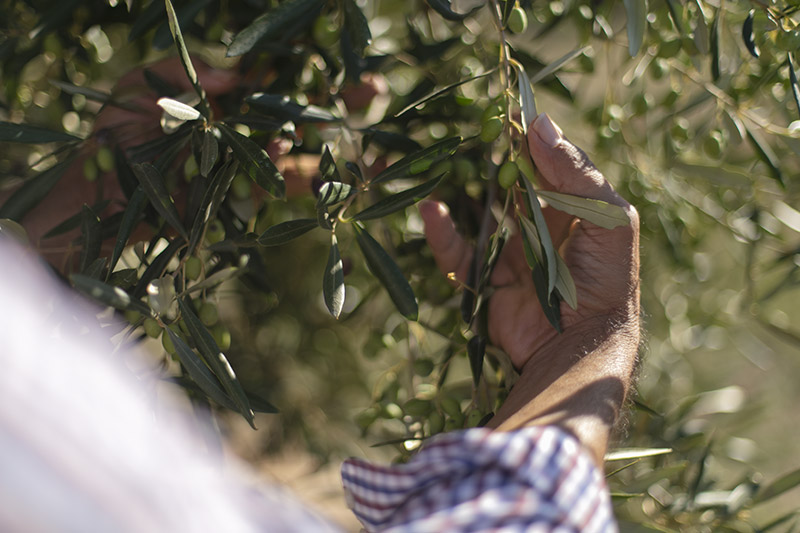 We meet Corrado Rodio in his agritourism, Masseria Brancati, a place like none other in the world, which boasts a park of inestimable value with over 800 monumental olive trees, including “Il Grande Vecchio” [The Grand Old Man], thought to be one of the oldest olive trees in Apulia. 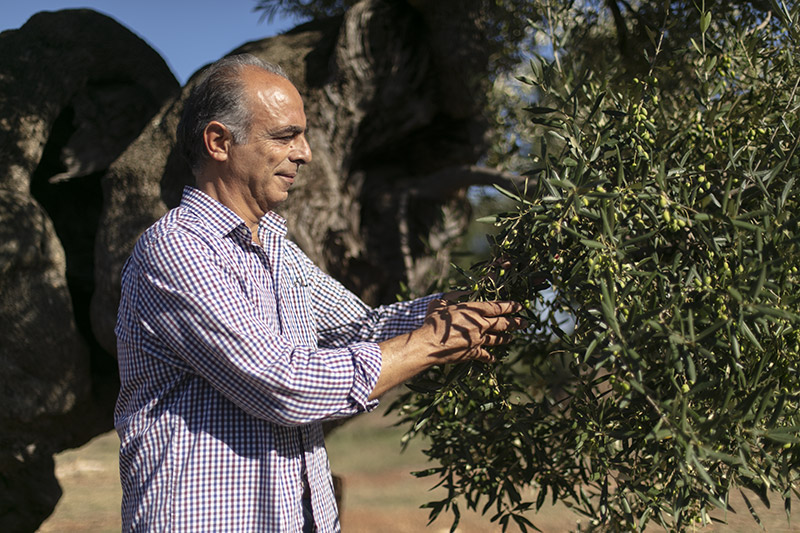 The plain in which your Masseria Brancati is located is known around the world as a sanctuary for ancient olive trees, some dating back as far as 3000 years to the time of the ancient Messapii. Can you tell us a bit more about this?

Yes, during archaeological digs conducted in the Messapian settlements, oil lanterns and olive pits were recovered from within the tombs. This demonstrates that the cultivation of olive trees dates back to the pre-Roman period. It was a small cultivation. They certainly produced for just their own needs. There weren’t actual plantations of olives, but where they found productive trees, these were then cared for. It’s possible that practiced grafting as it seems that the Roman “Salentina” variety, today “Ogliarola Salentina”, was already quite common. 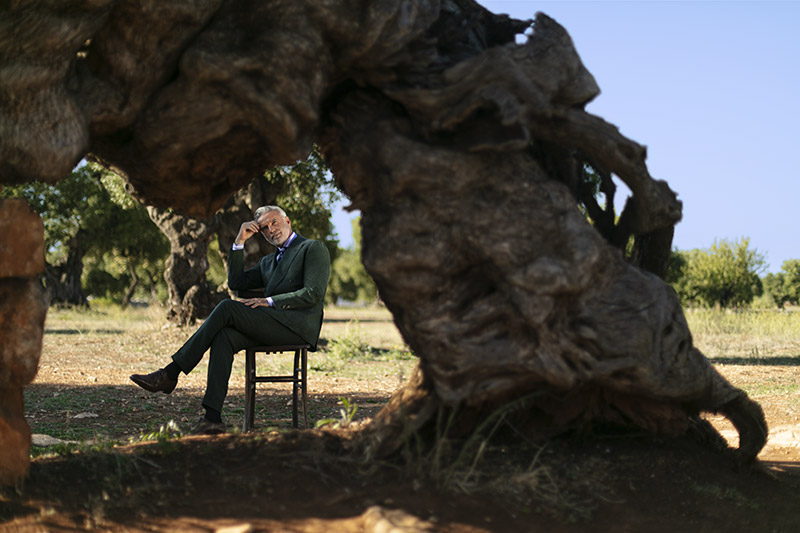 And what era is your Masseria Brancati from, with its amazing underground olive mill?

The farm was built in different eras above an ancient underground olive mill. It was most likely a small natural cave which was subsequently enlarged, probably during the time of the Romans and then in the Middles Ages. Many flint fragments were found all around the farm, including one in particular: the fragment of a knife dating from the Upper Palaeolithic period (25-26,000 years ago), demonstrating a truly ancient human presence in this location.

A large press base demonstrates that olives were processed during the pre-Roman age, when true presses hadn’t yet been invented and pressing was performed using tables and large stones on stacks of diaphragms made from rope, straw, and twigs, where the olive paste was spread.

Two other, smaller, press bases date from the Roman Age, when they used fiscoli (filters) stacked in height and squeezed with the help of powerful presses.

The last expansion took place in the Middle Ages with the creation of eight new presses. The underground oil mill is a shrine to human effort, where people and animals lived and worked together, in shifts, day and night, for many months out of the year.

During the Middle Ages underground storage areas were built and, later, in the 1500s, a fortified tower which was expanded in the 1600s. A chapel with other additions, rooms, stables, a barn, and an oven were built in 1768 and a “modern” oil mill in 1880. This is where work stopped with the exception of a garage built in the 1940s, today used as our company store. 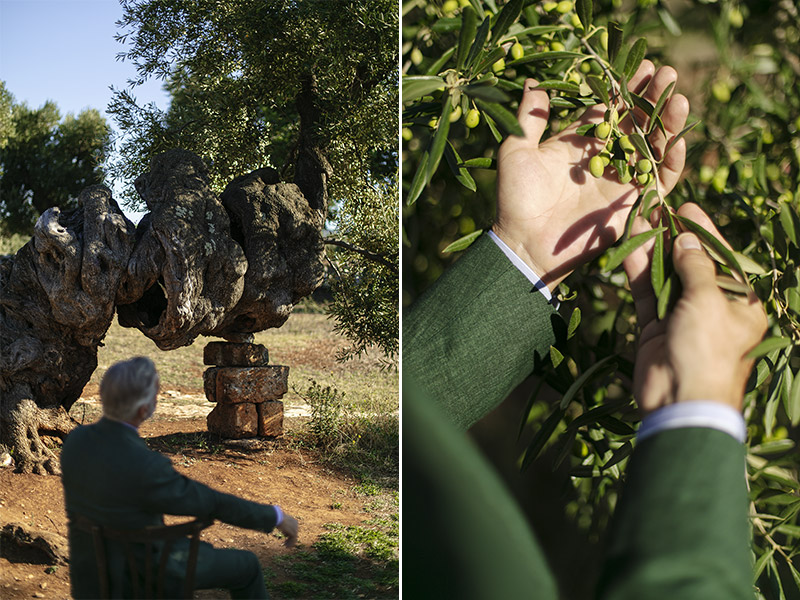 For how many years and generations has your family looked after this unique structure?

The farm was purchased at the start of the 1800s by my ancestors, I believe around 1820, so it has been my family’s property for close to 200 years. Obviously everyone produced oil on site. I’m the only one in the family who produced remotely, in a small cooperative, because I have enormous love and respect for this farm and I refused to build a new oil mill and restore the ancient one as I would like to leave my children and the following generations an authentic structure.

How many ancient olive trees does the park connected to the farm have and what era are they from?

The olive grove has about 1000 ancient olive trees, of these almost 800 have been declared “monumental” by the Apulia region. Most of these date back to the Roman Age and some are even older. The Roman plantation, as described by Roman agronomist Columella, is confirmed by the fact that they were planted at regular intervals of approximately 60 Roman feet, almost 17 linear meters. Meanwhile, the older trees have a more disorderly placement. 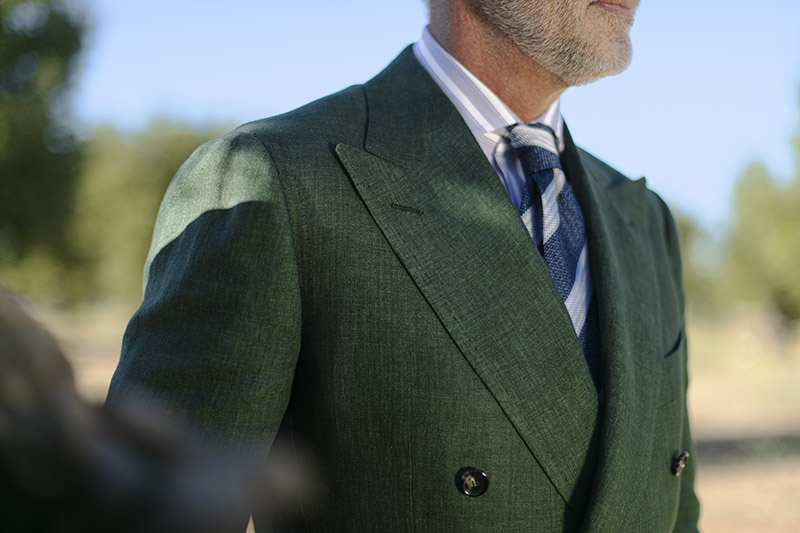 What kinds of plants are we talking about and what kind of oil do they produce?

The Ogliarola Salentina is the variety identified with the monumental olive trees. It was probably chosen because of its staggered ripening, which begins in October and ends in April. Given that processing at the time was very slow, this allowed for natural preservation of the product on the plant. The fruit is medium/small and creates an oil that is very fruity, bitter and spicy if the olives are harvested while green, and a very sweet oil if they are harvested when they are fully ripe.

You have a truly special olive tree among your plants, “Il Grande Vecchio”, the olive tree that many believe to be the absolute oldest in Apulia. Can you tell us a bit more about this natural gem?

That’s probably true, though it’s very difficult to identify the oldest plant. At the moment there are no scientific studies being conducted, but it’s thought to be 3000 years old, or maybe more. This is demonstrated by the fact that it is outside of the Roman rows, at its base it shows the skeleton of a pre-existing trunk, it is bent 90°, and it is held up by a pile of stones. But the most amazing thing is that it has twisted around itself horizontally three times, making it a truly unique specimen.

What do you and your family have to do every day to ensure that the authentic Italian patrimony which Masseria Brancati represents remains intact?

Cultivating ancient plants is hard work. We must be particularly careful while harvesting. We can’t use modern shakers because the main branches would break, so, to produce high quality oil, we use small pneumatic combs, which have much higher costs. Plus, we must monitor the trees daily. These plants have many enemies: insects like the olive fruit fly which can destroy the entire harvest in just a few days, moths, birds that eat the olives, wind that can break the branches, drought which consequently makes it easier for the plants to catch fire. 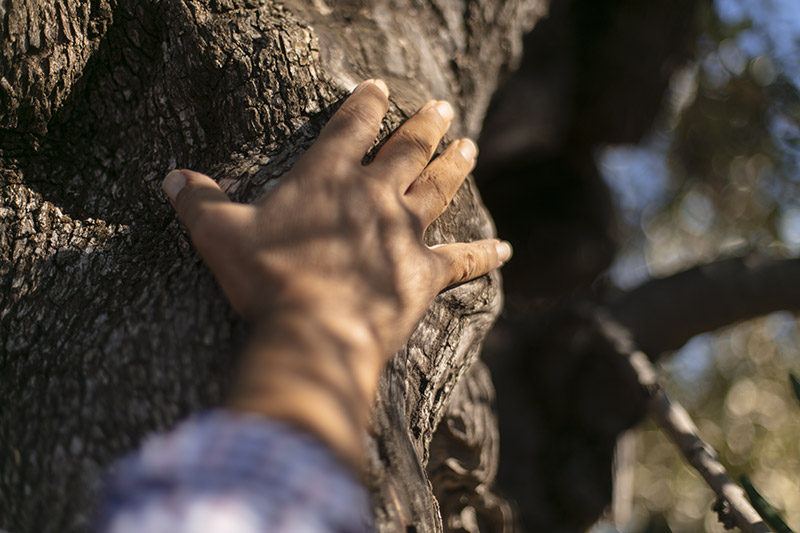 Another thing we do every day is to teach people what the characteristics of extra-virgin olive oil are. We try to disseminate the culture of oil, because the world is inundated by millions of litres of fake extra-virgin olive oil, which slashes the prices of real oil, causing olive groves, even monumental ones, to be abandoned by their owners.

We’re their caretakers, even though I like to think that, in a region as drought-ridden as Apulia, they have been the ones to ensure our livelihood for dozens of generations. Can you imagine how many adversaries these plants have had to face over the centuries and millennia? Right now we are fighting the greatest battle in their history, that against xylella… We hope to be victorious.