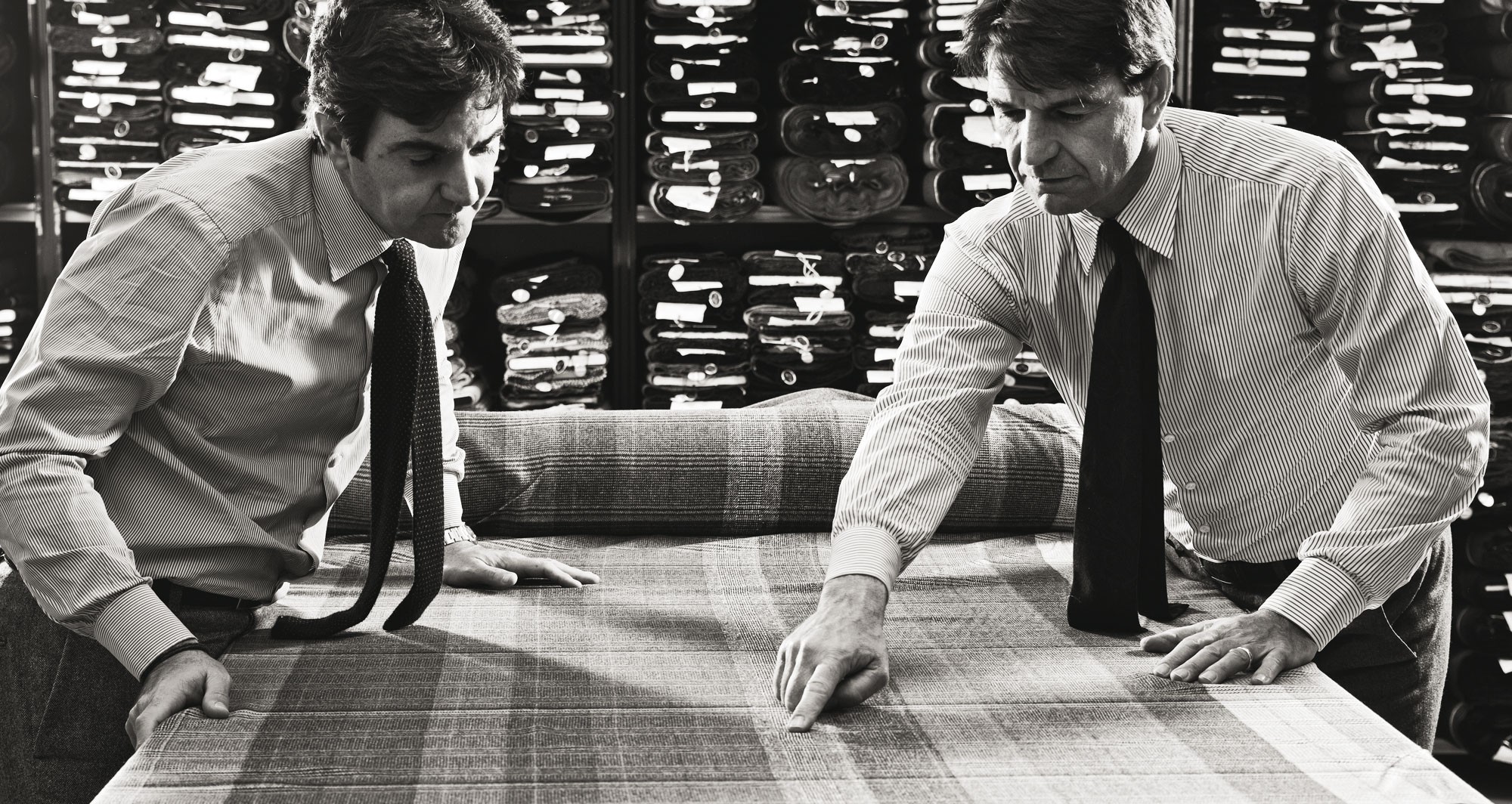 After years of passionate work, Cesare managed to add to his natural talent and invaluable technical and stylistic expertise, inherited from his father Vincenzo, with a further skill that was just as important: a cutting-edge entrepreneurial and organisational vision, capable of keeping the value of purely artisanal and manual work, typical of the workshop, intact, making it more efficient at the same time. And so, when his children reached the age and level of skill to be able to help him, Cesare decided to go back to Naples to finally set up on his own.
Again, needless to say, following in his family’s extraordinary tradition of tailoring.

We now move on to the second half of the eighties. A major workshop opened up in Casalnuovo, a town on the outskirts of Naples, historically recognised as the birthplace of the most skilled Neapolitan tailors. It had great confidence in its own ability, in the deep-rooted culture of knowledge and expertise. As well as tireless dedication from Cesare’s sons, Massimiliano and Giuseppe, representing the third generation of the family, alongside their father.

Over time, not even a lot actually, their expertise and managerial skills developed and considerable signs of appreciation started arriving from the Italian market and, above all, internationally, growing year on year. Massimiliano and Giuseppe wrote the rules, the alphabet, according to which they structured their production company to make it even stronger, more recognisable, with a world-facing outlook but rooted in the soil of the authentic values instilled in them by their father Cesare. Something very similar to what, at the same time, the great Alighiero Boetti was doing for the visual arts, rewriting deeply-established rules, for the first time sanctioning equality between the artist and the craftsman.

Today, 130 tailors use only scissors, thimbles, needles and thread to produce 50 jackets and suits a day, taking no account of higher demand coming from the market. Because the sense of uniqueness that every garment must carry, on leaving the Cesare Attolini workshop, is invaluable and the quality that underlies all stages of the manual working process is an undisputed dogma. 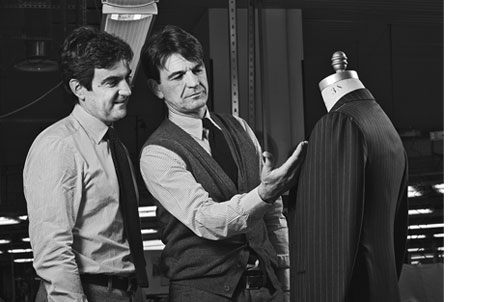 The tireless pursuit of excellence means that Massimiliano and Giuseppe personally select the best fabrics around. The choice mainly falls to Scottish, English, Irish and Italian yarns, from the highest quality wools to the purest cashmeres. But that’s not all. The shades and designs are made exclusively on their indication, so that the distinctive style of the Neapolitan fashion house is constantly refreshed. “In our work – emphasises Massimiliano Attolini – the essential guide is above all the quality of the fabrics and the cut. On closer inspection, perhaps, the secret is succeeding with simplicity and ease in the very difficult work of blending tradition and modernity. The result of this synthesis is that balance and harmony that you feel every time you wear one of our garments.”

More than 25 years after the inauguration of the new workshop, Cesare Attolini is a tailor’s shop that is very Italian and international at the same time, with garments that are exclusively “handmade” produced in its workshops. A hotbed of style, turned to by men from all over the world wanting to ensure the character of their elegance remains exclusive. A workshop of timeless elegance, where creativity and wisdom come together in a union that is prodigious to say the least. A place where the word luxury is a verb, an active word, alive, not meaning ostentation but rather a unique, intense, discreet experience based on shared values. Significant customisation in particular. The real perception of being able to turn to this place to satisfy your desire to own an object that has been designed with you and made just for you. “One of the greatest satisfactions is to see fathers accompanying their sons to be measured for a suit, the latter, in turn, then becoming loyal customers, also a sign of the fact that the company knows how to interpret the present,” comments Giuseppe Attolini, satisfied but never complacent.