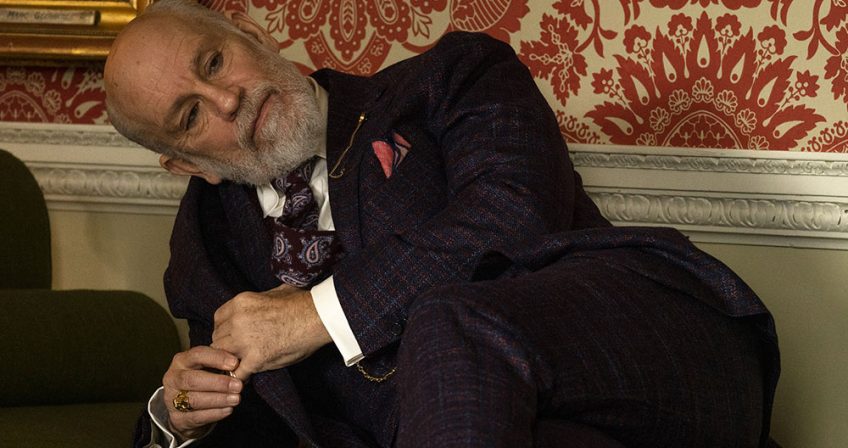 Sir John Brannox, played by the masterful actor John Malkovich, is a cardinal from a noble family who lives in an enormous castle on his estate, located just outside of London. He is very elegant and lives a life of high society. Cardinal Voiello, played by Silvio Orlando, wants to make him Pope because he is the perfect representation and theorist of the “middle way”, the path that pursues truth and honesty, avoiding drama and turmoil. In the end Brannox cedes to Voiello’s ﬂattery. 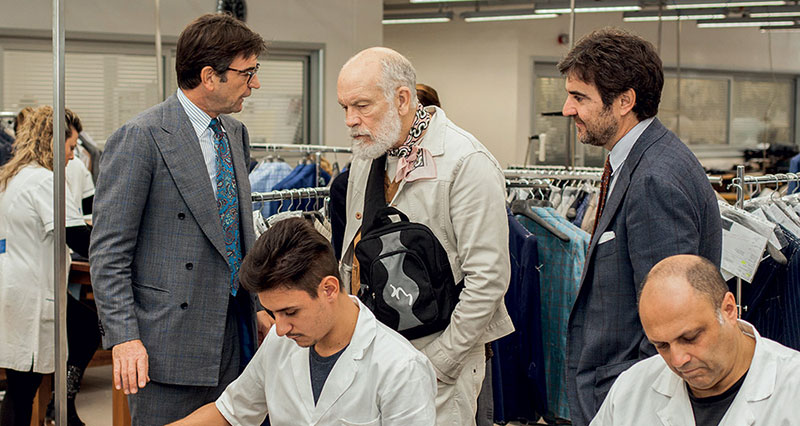 John Malkovich plays a complex character who is at the centre of the narrative. Sir John Brannox loves quality and elegance, also when it comes to clothing. “Despite being a cardinal turned pope, in his private life he never gives up wearing the splendid outﬁts of an English aristocrat dandy. These are part of his story, his past, but they continue in his present as well, even though the official nature of his position requires that he wear a trim white cassock,” explain Carlo Poggioli and Luca Canfora, the series’ costume designers. 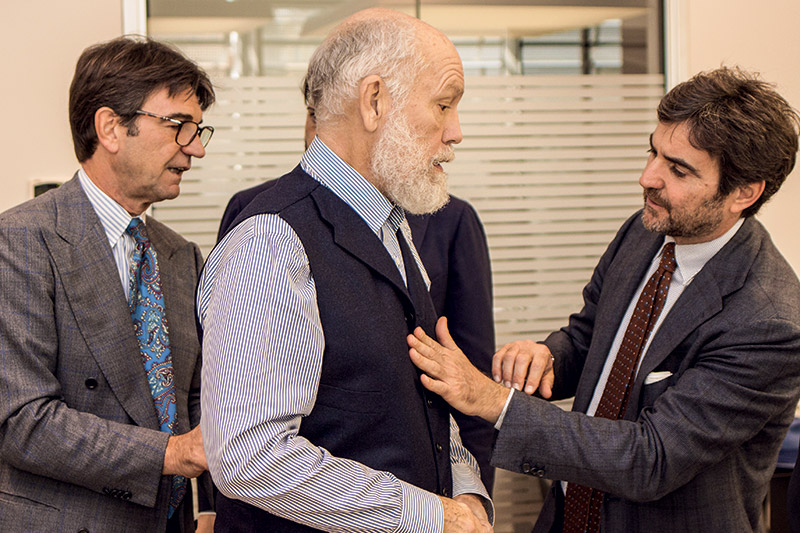 It was by talking with Paolo Sorrentino, the two costume designers, and John Malcovich himself that Massimiliano and Giuseppe Attolini were able to custom-create this character’s style, taking full advantage of the family’s immeasurable sartorial know-how, its concept of timeless elegance, and the incredibly rich patrimony of exclusive fabrics, often of British of Scottish make.

“I think I can say that I changed outﬁts in every single scene,” says John Malkovich in a televised interview. “Tons of handmade garments, including suits, sports jackets, shirts, scarves, ties… I don’t know where Paolo got the idea but he told me that that’s what he wanted to do and I said that it seemed pretty expensive but that it was okay with me!” 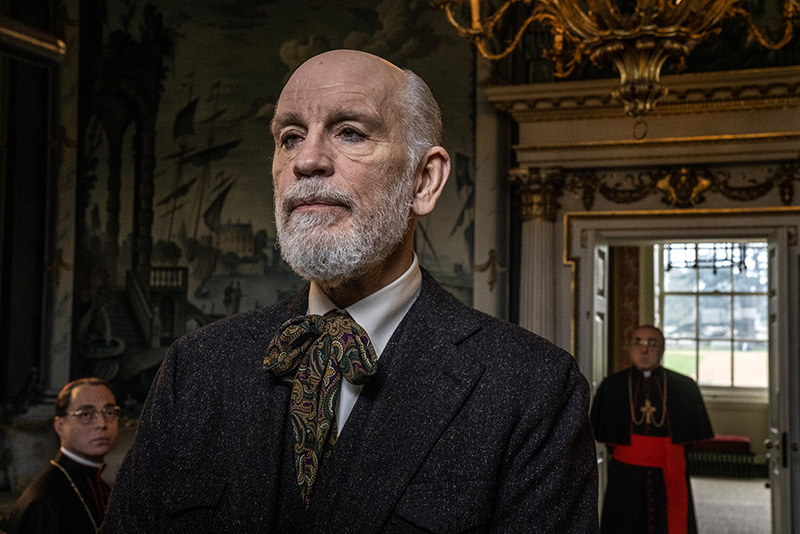 It all started in September 2018, with an initial meeting in Paris during which Massimiliano and Giuseppe Attolini met with Carlo Poggioli and John Malkovich themselves, to begin sharing the ideas of the Oscar-winning director: stylistic inspirations, the directorial requirements of each scene, and the subsequent characteristics necessary of each outﬁt. They went on to take John Malkovich’s measurements and to choose the most appropriate models and fabrics. After this ﬁrst successful meeting came many more in the following months in which the various garments were tried and ﬁtted, including one which took place right in Cesare Attolini’s workshop in Casalnuovo, just outside of Naples. 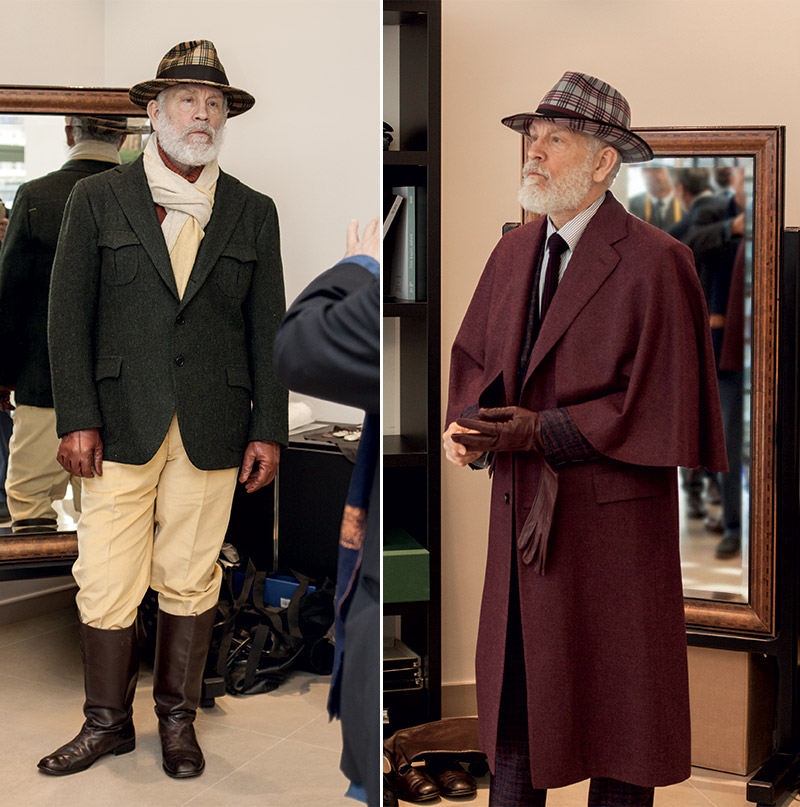 A long, heartfelt, and very successful project which resulted in the creation of twenty complete outﬁts made up of coats, suits, jackets, shirts, scarves, ties: the vibrant expression of Cesare Attolini’s timeless tailoring and elegance, made only from exclusive fabrics like Prince of Wales, Tweed, Shetland, cashmere, velvets, damask, light ﬂannel, precious silk, and cotton.

“An entirely different approach as compared to the strict elegance of Fred Ballinger/Michael Caine in Youth, tending towards (as was the case for Toni Servillo’s unforgettable Jep Gambardella) a certain aristocratic dandy-ism, full of sophisticated character,” says Giuseppe Attolini. “A style that is an expression of Cesar Attolini’s timeless elegance and which, we hope, will help to contribute to creating the distinctive personality of another one of Paolo Sorrentino’s remarkably interesting characters.” 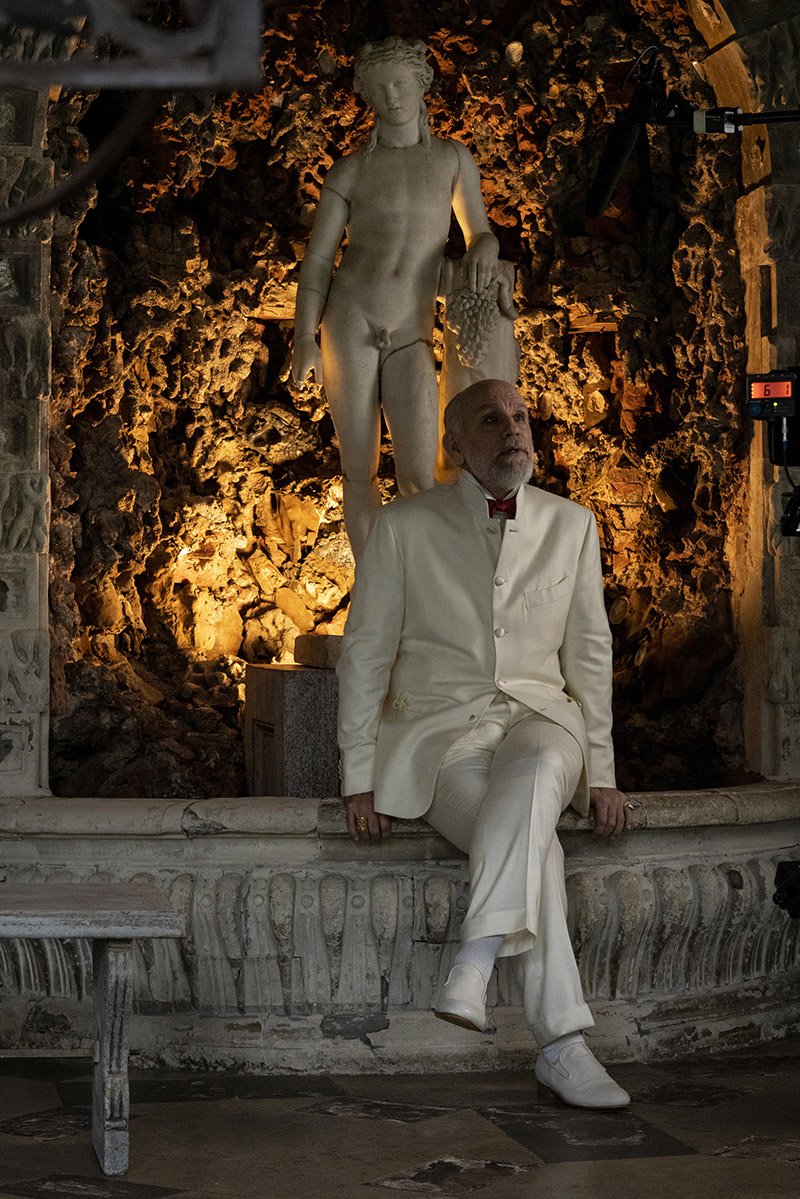 “Once more we have had the enormous privilege of pairing our clothing with that which we ﬁrmly believe to be the highest expression of Italian ﬁlm making today,” affirms Massimiliano Attolini. “What has most enthused us throughout all of our years collaborating with Paolo Sorrentino and his team, from Il Divo to The Great Beauty, as well as Youth and Loro, is the meaningful opportunity for creative collaboration, in which all of our artisan know-how and expressive ability to create elegance, are used to help shape a story and its main character, contributing to the creation of his personality.

This is how it was for Giulio Andreotti and Jep Gambardella, played by Servillo, and that is how it is now for John Brannox, played by John Malkovich, an absolute icon of ﬁlm and a man with impeccable taste and enormous sensitivity. These were exceptional opportunities in which an incredibly fertile creative environment was developed!”

Another thing we do every day is to teach people what the characteristics of extra-virgin olive oil are. We try to disseminate the culture of oil, because the world is inundated by millions of litres of fake extra-virgin olive oil, which slashes the prices of real oil, causing olive groves, even monumental ones, to be abandoned by their owners.

We’re their caretakers, even though I like to think that, in a region as drought-ridden as Apulia, they have been the ones to ensure our livelihood for dozens of generations. Can you imagine how many adversaries these plants have had to face over the centuries and millennia? Right now we are fighting the greatest battle in their history, that against xylella… We hope to be victorious.