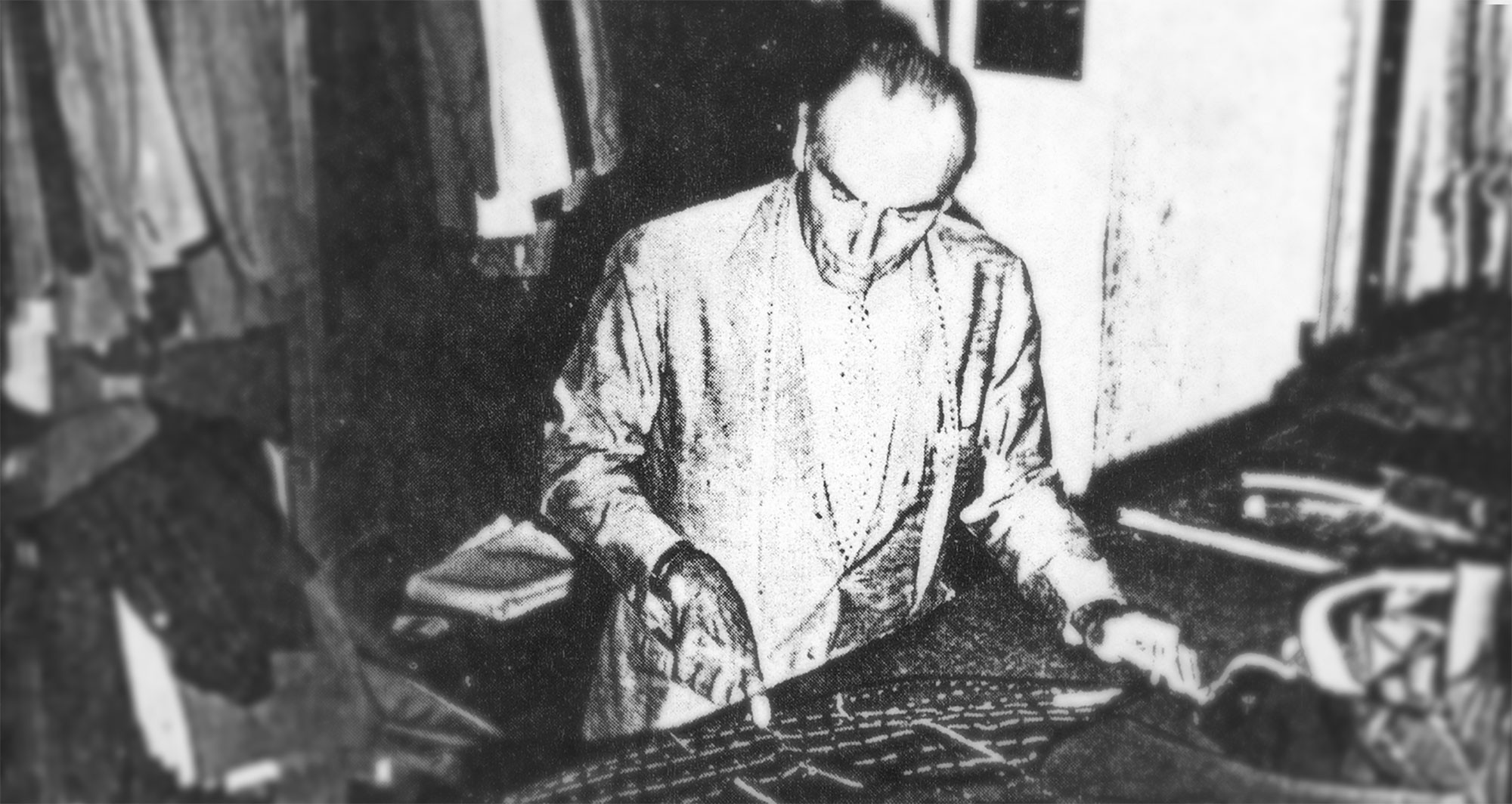 In the 1930s, Naples was one of the most elegant cities in Italy. When it came to dressing, Neapolitan taste was the result of a mixture of English style and French and Spanish ancestry, and was in fact already well-known throughout Italy. For around three decades, from the beginning of the century until 1930, Neapolitan style mainly coincided with English style. In defiance of the climate and the uncomfortably rigid forms, Neapolitans dressed just like perfect British men.

That was until a young Neapolitan tailor rewrote the rules of the restrictive elegance from across the Channel, thanks to his marked creative intuition, deep sense of harmony and unparalleled manual skill in cutting fabrics.

Vincenzo Attolini was his name, and he used to repeat to his admirers that a good tailor is none other than a craftsman who creates imperfect clothes for imperfect bodies. And his words were not mere conjecture. In 1930, he designed, cut and sewed a jacket with a line that had never been seen before and with unusual finishing details. A garment that, during the sixties, was still considered alternative, and was finally consecrated as a paradigm of sophistication in the nineties.

A disarming level of simplicity, able to erase all the rigours of male elegance in an instant, making English clothing look like something out of the Jurassic period. Away with the padding, away with the shoulder pads, away with the linings. Only the essential remained, making the jacket as soft and lightweight as a shirt. So unconstructed that it can be folded in six, eight, ten. No tailor had never been so bold in the previous fifty years.

It was a revolution. Something very similar to what happened at the same time within the visual arts in Italy, with the advent of Futurism, and especially the work of one of its greatest artists, Umberto Boccioni. This artist was a masterful expressionist of the movement of forms and the substance of matter, questioning the excessive static nature of Cubism.

It was the invention of Neapolitan style and that garment that the whole world today simply refers to unknowingly as “The Jacket”. What the young Vincenzo created was not only the opportunity for new practicality, a liberating lightness, but also a completely intensified image of man. His scissors, capable of creating almost miraculous slits, along with the drapery on the breasts and sleeves, with the unusual shape of the pockets and the very daring boat-shaped breast pocket, enabled the transition from a man who dresses with sophistication for etiquette reasons to one who, by getting dressed, does nothing but express himself. Finally able to freely indulge both his charming taste and his gestural spontaneity.

Needless to say, many realised the significance of this. The most prestigious men of the period arrived, day after day, like a pilgrimage, at the tailor’s shop in Via Vetriera in Naples, a hundred steps away from Via Filangieri, where today we can find Cesare Attolini’s elegant flagship store. Their aim, needless to say, was to redesign their own style with the softness and sinuosity offered by the jackets from Maestro Vincenzo. While Totò, De Sica, Mastroianni and Clark Gable were, from the fifties onwards, the main ambassadors in the world of international stardom, King Vittorio Emanuele III and the famous Duke of Windsor were the two most striking examples of how even aristocratic conventions had to bow to the temptation of a new, eye-catching fashion. The story that tells that the impeccable Duke who, until that point, had always worn only clothes sewn by English tailors, fell in love with a creation from Vincenzo Attolini while walking through the magical Piazzetta in Capri, is no legend.
He even stopped the passer-by who was wearing it to ask him who had designed the garment.

Just as it is no legend when we hear of the endless debates between the prince of tailors and the prince of comedy, the great Totò, on the issues of painting and opera. “My father and Totò were great friends! – recalls Cesare Attolini – They argued a lot and shared various artistic interests. Totò often came into the tailor’s shop in Via Vetriera to see my father. He liked to see him at work. Those moments had a unique, unrepeatable flavour.”