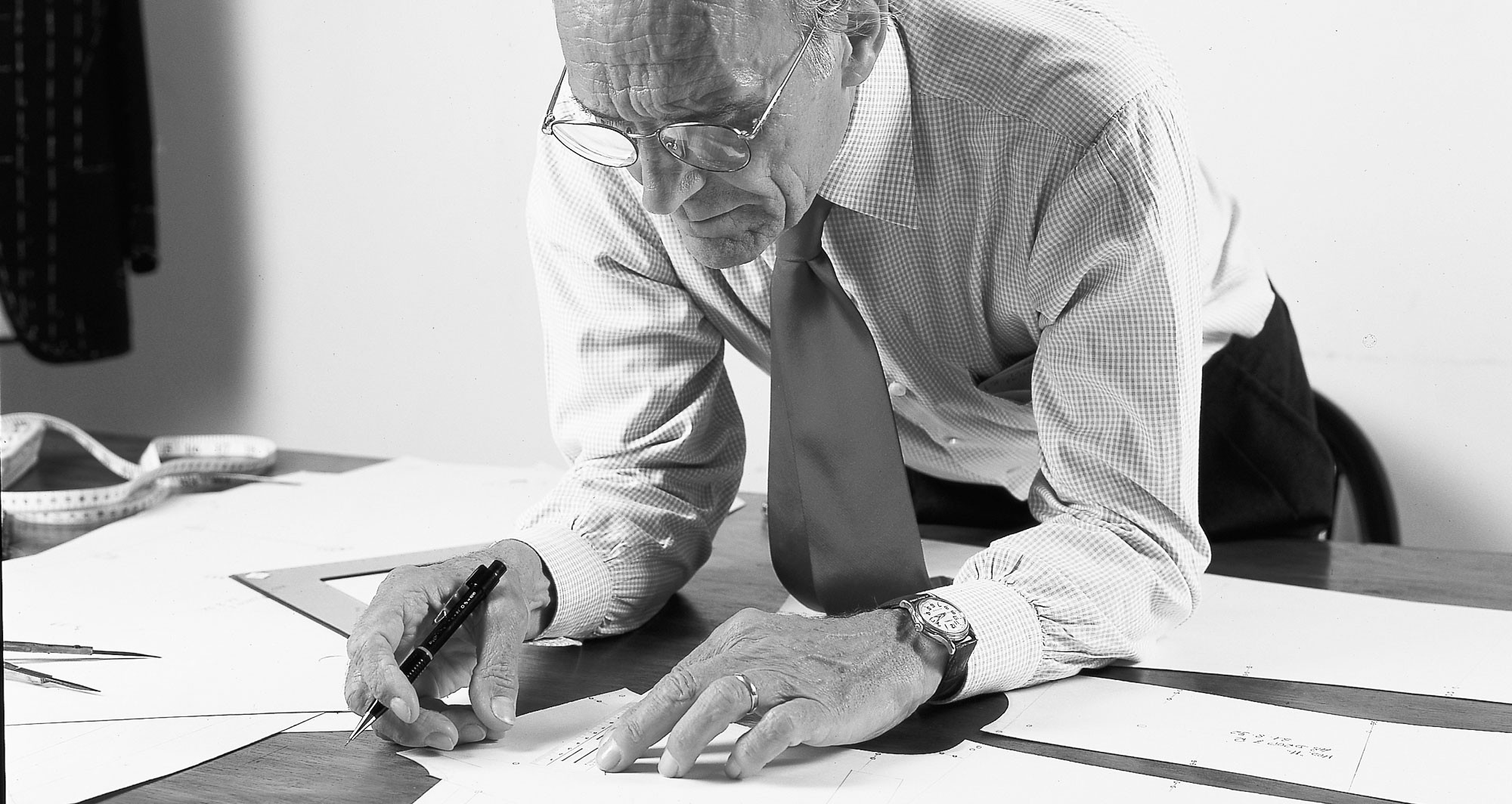 «My father Vincenzo dared to question the English model, setting a real revolution in motion. He managed to make the jacket as soft and lightweight as a shirt or a cardigan, introducing many other technical innovations. We have drawn on his teachings, ensuring that each of our jackets is always the most suitable for the contemporary lifestyle.” These are the words of Cesare Attolini, the most talented of Vincenzo’s six children and the one who, from an early age, worked alongside him at the tailor’s shop, learning the skilled techniques of cutting fabrics and the secrets of shaping and constructing that jacket, as unique as it is innovative, which continued to achieve a new, enthusiastic following worldwide.

As natural heir, Cesare works with the same passion and dedication as his father.
As well as with the same tenacity and constant commitment to perfectionism. Not surprisingly, after the first few years in the workshop in Via Vetriera, he decided while still very young to leave Naples to hone his drawing and modelling skills.

Aged just twenty-two, he headed to Turin to direct one of the most prestigious tailor’s shops of the time. In a short space of time, he managed to become the first person to create a line characterised by a perfect balance between craftsmanship techniques, learned through his work alongside his father and Maestro, and those more related to mass production, achieving great commercial success. Organising processes and spaces while ensuring that tailoring expertise remained intact and authentic.
And, not even intentionally, we have reached the late fifties, the height of the expression of Spatialism, theorised by the great Lucio Fontana. In his famous works, he expressed the idea that space is not to be considered a vacuum but matter, a means to develop a work. 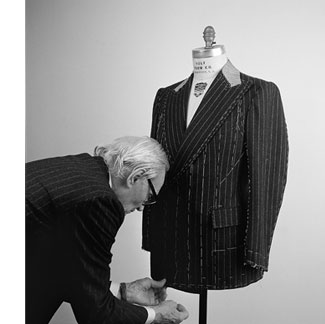 Acute intuition once again, as this would then go on to be the production method adopted by a great many manufacturing companies in Italy and elsewhere. After his experience in Turin, thanks to his talent which was much in demand, Cesare continued his involvement in the design and creation of new lines, contributing to the success of many other fashion houses. A little like what happens to those big noses that the most prestigious perfume houses court and fight over to create the most extraordinary and unique essences. Cesare recalls: “I’ve always had a precept, which my father drilled into me as a boy: to always do my work seriously, without looking for easy shortcuts or agreeing to compromises which might reward you in the short term but in the long term will always bring you the bill.”